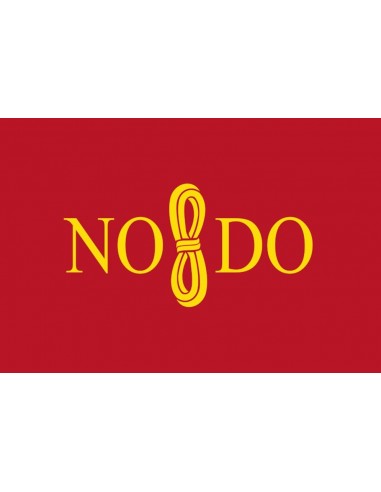 The motto of the city, present in many buildings, is "NO8DO", taking the form of 8 ball of yarn. Its origin comes from Alfonso X indulging their treatment by the city with the slogan "DO NOT SKEIN" refiréndose that his city has not abandoned.

Slogans like the coats of arms shared by other European cities like London medieval religious significance: Master directs Nos. Thus the skein is only one node (Latin nodus).

By contrast, the popular tradition Seville reads as "skein-do not," meaning "I have not stopped" since Diego Ortiz de Zuniga said so in his Annals ... (1671) (ed. 1795, Vol. II, p. 331). In this tradition, with no evidence base, the motto is interpreted by a supposed reference to the loyalty that kept the city to Alfonso X the Wise in the war against his son Sancho in the thirteenth century.
They are also the city's traditional verses inscribed on the arch of the Puerta de Jerez, which, translated, summarized the history of Seville as follows:

I won the King Ghost

The coat of arms of Seville, although it occurs with some varieties of designs and colors, has remained throughout history a fundamental configuration in which the figures are reminiscent of King Ferdinand III of Castile and the Spanish bishops' -Visigoths, and Leander Isidore of Seville. The last official chronicler of arms of Spain, Vicente de Cadenas and Vincent, described in heraldic language as follows:

Argent, Gules on stage, sitting on a throne of gold, and srumontado of a canopy of purple, a king dressed in purple and ermine mantle, crowned with gold, with a sword in his right hand and a world on the left, accompanied by two bishops dresses, silver and gold, with miter and crosier of gold. Pointed the monogram "NO8DO" gold. 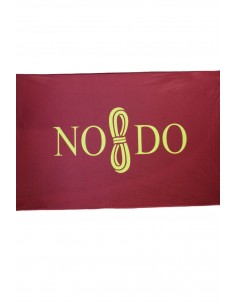 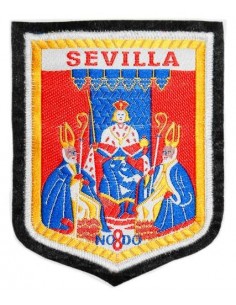 If you are looking for...Arenal de Sevilla it is available! Embroidered Cloth Patch with the coat of arms of the city of Seville Termo-Adhesivo.

3,72 €
Add to cart More
Add to Compare
Quick view
Out of stock 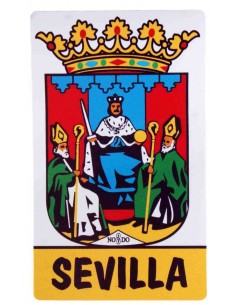 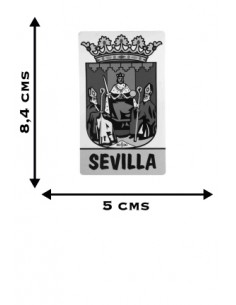 If you are looking for it ... Arenal De Sevilla has it available! Sticker with the Coat of Arms of the City of Seville.