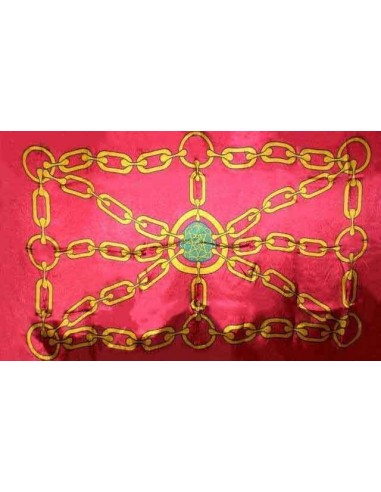 Made in Raso
Serves both for exterior and interior
does not discolor or shrink in the washings
Resistant to atmospheric agents.
Standard size of 1.50 x 1 m approx.
100% guaranteed quality

A bit of History about this Flag:

Flag of the Kingdom of Navarre 15th century.

The Kingdom of Navarre was one of the medieval kingdoms of Europe located on both slopes of the western Pyrenees, but with most of its territory located south of the Pyrenees, in the north of the Iberian Peninsula.

It was the successor of the Kingdom of Pamplona, ​​founded around the Navarre capital in 824, as established by most historians.

According to constant tradition, gold chains on a guilloche background with an emerald in the center of the union of the eight link arms. "This design is due to the belief that the chains and the emerald were deeply rooted at that time. incorporated by the Navarrese king Sancho VII the Strong one due to his heroic heroic assault of the store of Miramamolín in Batalla de las Navas de Tolosa 1212.

Note by 1908 the absence of a representative flag of Navarre, during the preparations for the celebration of the 7th anniversary of the battle of the Navas de Tolosa (in 1912) the Provincial Council takes the political decision to standardize the shield of Navarre and provide it with a flag, entrusting the historical advice to three members of the Commission of Historic and Artistic Monuments of Navarre: the éuskaros Arturo Campión and Hermilio de Olóriz and the military Julio Altadill. 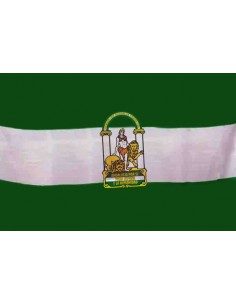 Flag of Andalusia in high quality satin. It serves both exterior and interior, no depainting, no washing shrinks, resistant to atmospheric agents, standard size. 100% quality guarantee. 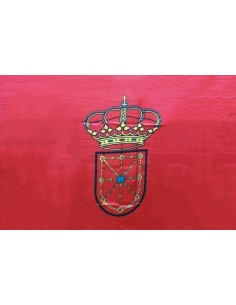 Flag of Navarre in high quality satin. It serves both exterior and interior, no depainting, no shrink with washing, resistant to atmospheric agents, standard size. 100% quality guarantee. 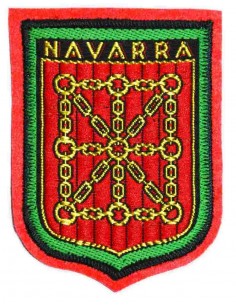 Coat of arms of the Kingdom of Navarra A patch that should not miss in your garment.